The Western Conference Playoffs are very interesting to me.  If you had asked me at the start of the season I would have said there were four teams that could come out of the West this year: the Chicago Blackhawks, St. Louis Blues, Los Angeles Kings or San Jose Sharks.  You may notice that only 2 of these teams will be reaching the second round.  Keep reading for which ones I think will be in the second round, as well as the other two Western Conference series breakdowns.  You can check out the Eastern Conference picks post by clicking here.

For each of the series I will include the sportsbook I recommend with the best odds for that team to win the series. 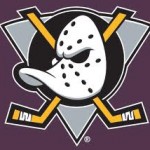 The Ducks won the Pacific Division for the second time in two years.  Last year it was a shortened season and many people, myself included, thought this was a bit of a fluke due to the shortened season (especially after they lost in the first round to the Red Wings).  This year though they proved it was no fluke and that they have a great team.  The Ducks finished only 1 point back of the Bruins for the Presidents trophy and also have the second best goal differential in the league.  From top to bottom this team is a contender in every sense of the word.  Getzlaf and Perry lead the offense up front and the rest of the team grinds it out, playing strong at all ends of the ice.  There is not a minus player on this team who has played more than 26 games.

The one area I’m concerned about for the Stars is one defense.  They have been very lucky with Cam Fowler and Hampus Lindholm both playing extremely well this year, but these guys are fairly offensive minded young defensemen, and that is the type of player that can sometimes be exploited in the playoffs.

The Stars made the playoffs for the first time in 5 seasons and the Seguin trade looks great with him and Benn both racking up huge seasons.  It could be a bit of a Getzlaf/Perry vs Seguin/Benn type of series with both of these duos really dominating their teams point sheets.  The problem here is I think the rest of the Stars team is likely not as good as an entire team as the Ducks.  Anaheim just goes and doesn’t make many mistakes.

My Pick: Anaheim Ducks in 5 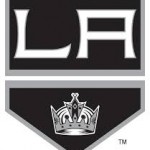 This is a very interesting series to me.  I could see either one of these teams winning the Stanley Cup this year, but it will be much harder because they will be banged up and mentally tired after playing each other in this round.  I expect this to be very similar to last seasons round 2 matchup, but this time the Sharks have home ice advantage.  You can’t argue that the Sharks have an amazing team on paper with players like Pavelski, Thornton, Marleau, Couture, Burns, Boyle and Vlasic all strapping on the skates for the Sharks.  The question mark will come in if they can solve a Kings team that can be the best team in the league if they get on a roll.

The Kings boast an equally good lineup with Kopitar, Carter, Richards, Gaborik and Doughty leading the way.  The Kings also have the experience of a Stanley Cup win from just two years ago and a goaltender in Quick who win a series by himself.

I think this one will come down to the wire and could go either way.  Just because the Kings are underdogs in this one, while showing the ability to beat a very similar Sharks team in the past I’m going with LA in this series.

My Pick: Los Angeles Kings in 7 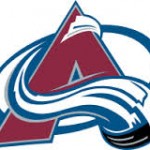 The Avs will be missing Matt Duchene for this round, but that didn’t hurt them down the stretch as they were able to pass the Blues and avoid playing the Blackhawks in the first round.  The Avs are a young team that is full of energy and led by Landeskog, O’Reilly and MacKinnon while Duchene is out with injury.  Varlamov has been excellent in goal for this team and Patrick Roy has really put a belief in these guys that they can beat anybody.

The Wild bore me as a team and I just don’t think they will be able to keep up to the pace that the Avs will throw at them.  The Wild are pretty healthy right now, which makes them very dangerous after Parise, Koivu, and Granlund each missed parts of the season to injury.  One question mark for this team is in goal where Bryzgalov seems to be the teams starter heading into the playoffs.

My Pick: Colorado Avalanche in 6 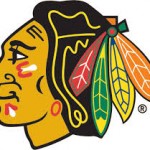 This could be an interesting series that goes the distance or the Blackhawks could win it in 4.  Those are the two ways I see it going.  The Blues have lost 6 in a row heading into the playoffs and I find that teams often perform to the level that they were playing at the end of the regular season.  The Blues haven’t won a game since beating Buffalo 2-1 on April 3rd and they’ve only scored 7 goals in their last 7 games (0 in their last 2).  The Blues confidence can’t be high heading into this series and if the Blackhawks can come out of the gate and win game one in St. Louis I really think this series could be over quickly.

Toews and Kane are back in the lineup for the Blackhawks and when this team is at their best I truly think they are in a class of their own in the NHL.  Take the Blackhawks as surprising dogs in this one.

My Pick: Chicago Blackhawks in 4