I was incorrect on my last Raptors free pick as the Raptors (-10) did grab a win, but only by 5, 92-87 at home versus Charlotte to close out the regular season on Wednesday. I finished 32-32 in regular season Raptors free picks. Now the playoffs are here! Today is game 1 of the Eastern Conference Quarterfinals between the Washington Wizards and the Toronto Raptors. 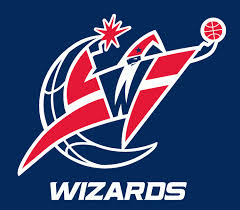 The Toronto Raptors finished the regular season with a 49-33 record, which earned them the 4th seed in the Eastern Conference playoffs and the Atlantic division title. They won 4 of their last 5 games to end the season. They are 27-14 at home and 22-19 on the road this season. They were 14-4 versus Southeast division opponents and 33-19 versus Eastern Conference opponents. They finished 12th in the league in field goal % shooting 45.5%. Shooting guard DeMar DeRozan led the team in scoring with 20.1 points per game. He scored 25 or more points 17 times this season. Point guard Kyle Lowry led the team in assists with 6.8 per game. He had 2 triple-doubles and 11 double-doubles this season. Center Jonas Valanciunas led the team in rebounding with 8.7 rebounds per game. He had 21 double-doubles this season. This is the Raptors’ 2nd straight year in the postseason. Last year in the Eastern Conference Quarterfinals they were downed in 7 games versus the Brooklyn Nets. Their 49 wins this season is a franchise record.

Toronto won all 3 meetings with Washington during the regular season. On November 7th the Raptors cruised to a 103-84 home win, on January 31st the Raptors held on for a 120-116 overtime road victory,  and on February 11th the Raptors secured a 95-93 win at home. Game 2 of this series will be played on Tuesday at Toronto.

This series could get a bit testy after Wizards’ small forward Paul Pierce talked some trash about the Raptors and said they didn’t have “it”. I think the Raptors will be motivated by his comments at least for game 1 the extra motivation will be there. I’m not set yet on the Raptors winning this series but I think they’ll take game 1. Take the Raptors -4 (1.90) (Bet365)