The Montreal Canadiens are back at the Bell Centre tonight after suffering their first loss of the playoffs on Saturday night in Boston.  The Habs were up 3-1 with under 10 minutes left, but a classic Bruins surge late, lead by Bergeron and Marchand resulted in a 5-1 win for Boston.  The Bruins are now talking about how they have “figured out” Carey Price because they scored some late goals on him.  Defensemen Torey Krug and Dougie Hamilton reportedly said that Price is going down early to battle through screens, which is allowed them to shoot high on him.  But Price rightfully pointed out that could be said about any NHL goaltender.

Price had bigger things to worry about than the Bruins over the past couple days anyways.  His two labs went missing and he was forced to go to Twitter to get the help of Habs nation.  The dogs were eventually found and returned so Price can now get back to focusing on the series.  I personally don’t think the Bruins mind games will affect Price in this game.  He is too calm of a goaltender to let outside distractions effect him.

Here are the NHL moneyline odds for game 3 of the Habs vs Bruins series:

My Pick: Habs to Win 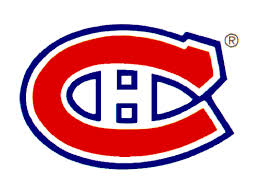 The Canadiens were on a 6 game winning streak before losing game 2 in Boston.  That streak included a 4-0 sweep of the Lightning in the first round and a clutch OT win over the Bruins in game 1 of this series.  The question now will be whether the Habs can bounce back from their first post season loss and the fact they were so close from taking a commanding lead in this series.  My thoughts are that yes they can.

The Habs have been able to hold their own with the Bruins in this series for the most part.  Montreal has got out to great starts in both games, and in game 3 this will be another key to victory for them.  The difficulty has come in the third period where the Bruins have outscored Montreal 7-2.  The Habs have to find a way to keep the clutch performers from Boston off the score sheet late in games.  Whether this means playing the depth players more often in order to stay fresh or simply knowing which players to key on with the Bruins, something has to change in the third period.  I think having the last change at home could help in this regard.

I like the Habs to feed off the crowd at the Bell Centre in this game and find a way to win in a game that the Bruins may not consider overly crucial.  I do believe though that this will be the Canadiens last win of the playoffs.

The game starts at 7pm so check it out on CBC or RDS to see how it all plays out.

One Response to “Habs vs Bruins Game 3 Betting Pick”