The ALCS gets underway tomorrow night with the Jays heading to Cleveland to face the Indians.  It seems like just a few months ago we were talking about Toronto vs Cleveland in a Conference Championship series when the Raptors were playing the Cavaliers.  It’s an interesting parallel that the same two cities are facing off in the ALCS, but hopefully we see a different result in the MLB than we did in the NBA.

Let’s get right into it.  Here are the odds for the series winner.  I’ve used the best odds available for either team from our top rated sportsbooks.

The Jays are significant favourites to win the series despite the fact that they finished 5 games back of the Indians in the standings. 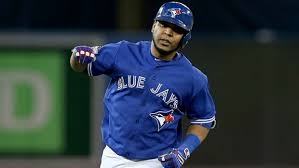 After a horrible September that saw the Blue Jays sliding almost out of the playoff picture, the Jays have suddenly clicked into high gear winning their finals 2 regular season games and 4 straight playoff games to knock off both the Orioles and Rangers.

We know that the Jays have to hit home runs to be successful and that style of game can be very streaky, so it’s a great sign that Toronto has put up 27 runs over their 4 playoff games to this point against some very solid pitchers and defenses.  The top end of the order is really firing with Bautista, Estrada, Donaldson and Tulowitzki all finding their offensive game at the right time with 20 RBI’s between these four stars over the playoffs to this point.  If those bats can continue to deliver and the other Blue Jays in the order chip in with some hits then the Blue Jays look to be nearly unbeatable.

Add in the fact that the Blue Jays starting pitchers are firing on all cylinders with the Jays ready to roll out Estrada, Happ, Stroman and Sanchez.  This is as good of a rotation as you can ask for in the MLB and the Jays definitely have to get the nod as having the advantage at starting pitcher.

The problems may arise when the Jays have to dig into their bullpen.  The pen has been a bit shaky of late and it will be important that the Jays have big leads heading into the late innings to take some pressure of the pen.  The good news is that Francisco Liriano should be back for game 2, which allows Gibbons to avoid using some of the shakier arms in relief.

The Jays are also going to have to be on their game defensively.  The Indians are notorious for manufacturing runs, as opposed to hitting the long bomb like Toronto.  This means they will likely be getting a lot of balls in play, which will mean the Jays defense will be put under pressure and needs to rise to the occasion.

Overall, I just think with the way the Blue Jays bats are playing and the fact they are coming in with 4 starting pitchers all playing some great baseball, you have to give the nod to the Jays here.  They are always in the game with their power hitting and every single one of their starters is going to give them a chance to win.  I’m not crazy about the odds, but my money is on the Blue Jays advancing to the World Series.