The Champions League Finals between Real Madrid and Atletico Madrid takes place this Saturday in Milan, and Bet365 has just announced that they will be offering a free in-play bet promotion for the match.

I’ll go over how this promotion works and also give my pick for the match below.

Fun Fact: When the Champions League Final was held in Madrid in 2010, Inter Milan won the Finals.  Now in 2016, with the Finals held in Milan a Madrid club will win.

Here are the terms and conditions for the free in-play bet offer, directly from the Bet365 website. 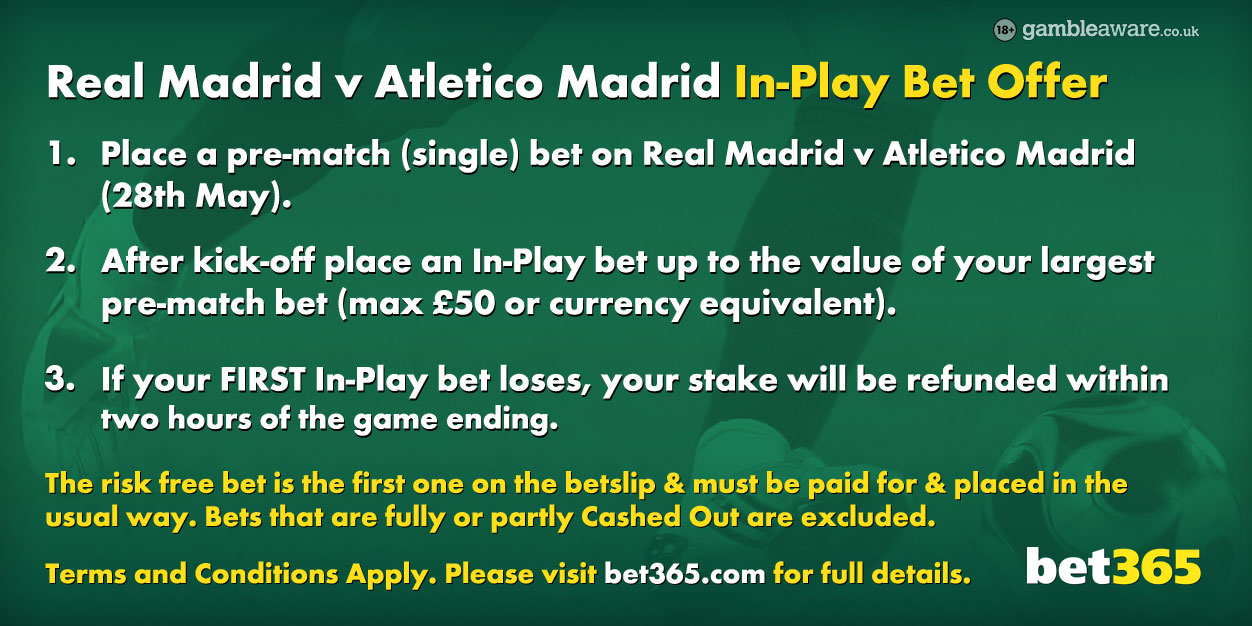 Here are the odds for the Real Madrid vs Atletico Madrid Champions League Finals this Saturday from Bet365.com:

Those are the full time odds.  Or you can simply bet on which team will lift the trophy after all is said and done:

These odds may change as the match draws nearer.  Check the updated odds at Bet365.com.

Two years ago these two sides battled it out in the 2014 Champions League Finals, with Real Madrid getting the better of their cross city rival with a decisive 4-1 victory.  Real Madrid was a big favourite heading into that match and this year it seems like although they are still the favourite, the teams are on a more level playing field heading into Milan. 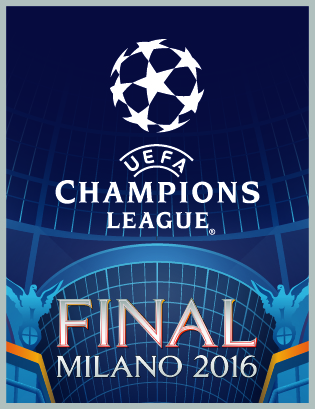 Both teams have had to battle adversity in the tournament to make it this far.  In the quarter-finals Real Madrid was down 2-0 after the first leg against Wolfsburg, but were able to battle back at home winning the second leg 3-2 to narrowly advance.  Atletico Madrid went through on away goals in the semi-finals against Bayern Munich, and in the quarters they needed at 2-0 win at home against rival Barcelona to win 3-2 on aggregate.  Even as far back as the round of 16, Atletico was almost packing their bags, needing to win 8-7 on penalties against PSV Eindhoven after both teams failed to tally a goal in either leg.

This Finals is especially important to both of these teams after they were unable to win the La Liga title this year.  Barcelona finished atop the table with 91 points, while Real Madrid (90) and Atletico Madrid (88) finished just behind.

These two teams played each other twice in the La Liga regular season, with the clubs battling to a 1-1 draw back in October and then Atletico Madrid getting the better of Real Madrid by a 1-0 score in late February.

That said, Real Madrid is currently riding a 4 match winning streak dating back to their 0-0 draw in the first leg against Manchester City.  For their most recent loss you would have to go back 11 matches to that 2-0 defeat to Wolfsburg.

Atletico Madrid, on the other hand, dropped a very important match to Levante 2-1 on May 8th.  A win in that match would have allowed them to keep pace with Barcelona for tops in La Liga.

I think it will be difficult for Real Madrid to find the back of the net in this match, but they have so many game breakers on this team that I have to pick Real Madrid in such a big match.  Cristiano Ronaldo has brought out his A-game when needed this season and I wouldn’t be surprised if he scores the goal that wins the Champions League for Real Madrid this Saturday.