The Toronto Raptors look to up their season record to 5-0 as they take on the Thunder at Oklahoma City tonight. 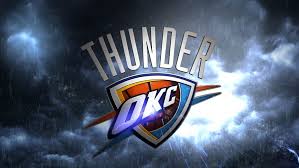 This should be a very interesting match-up and a barometer for the Raptors to see how good they really are. Kevin Durant is back for the Thunder and he and Russell Westbrook are dominating thus far. I think this one will be a close game decided by 4 or 5 points. Take the Raptors +8.5 (1.90) (Bet365)