I was correct on my last Raptors free betting pick as the Trail Blazers (+2) grabbed a 113-97 win at Toronto last night. I am now 25-27 in Raptors free pedictions. Tonight the 39-27  Toronto Raptors travel to Indiana to tip off with the 30-35 Pacers. 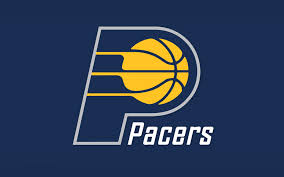 Toronto was victorious in the first 2 meetings with Indiana this season. On December 12th the Raptors notched a 106-94 home win versus the Pacers and on January 27th the Raptors secured a 104-91 road win. The Raptors have won the last 3 meetings with the Pacers. Tonight is the final meeting of the season between the 2 teams.

The Raptors continue to slump and they didn’t look any better in their loss at home versus the Blazers yesterday. Meanwhile the Pacers have stepped up their game and have moved up to the 7th seed in the Eastern Conference playoffs race. The Raptors have to wake up soon and I think they’ll at least keep tonight’s game close. Take the Raptors +5 (1.90) (Bet365)