The over/under for total points in this years Super Bowl is set at 48 this year.  It’s a very interesting bet to make this year because I can see this game going either way with the teams having a defensive battle or possibly exchanging a few touchdowns at points throughout the game.

The Patriots had the fourth most points for in the regular season this year with 468 (after Green Bay, Denver and Philadelphia), while the Seahawks had the fewest points allowed in the NFL and were really starting to shut things down at the end of the season.  At first glance you could think this is the classic offense vs defense matchup, but I think it’s much more than that this year with the Patriots also having a very strong defense (best points differential in the regular season) and the Seahawks offense showing that they can put up points when it’s needed (as was shown in the final few minutes last week).  Figuring out just how this game is going to go down is very difficult.

Two of the three Canadian facing sportsbooks we recommend have the total for the game set at 48 points, while one has it set at 47.5.  Here are the best odds depending on which side of those totals you think: 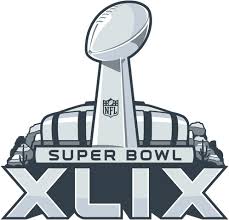 If you read my Super Bowl spread pick article you will know that I like the Seahawks to win this game, but I expect it to stay close.  In saying that I’m basically saying that I expect the Seahawks defense to be able to shut down or at least drastically slow down the Patriots offense.

The Pats scored 45 against the Colts and 35 against the Ravens, but the Seahawks are in a league of their own on the defensive side of the football.  Just think, they only gave up 22 points last week to the best offense in football and that was with their quarterback throwing 4 picks.  I see the Patriots only getting 3 scores in this game.  Either 2 TD’s and a field goal or vice versa, so I’m putting the Patriots total at 13-17 points for this game.

The Seahawks can score fast if they need to, but they prefer to slow the game down on offense and control the game.  The Seahawks under 20 points 3 times (all wins) in their last 6 games of the season.  The offense has blossomed a bit of late, but that was partially through necessity.  I still see the Seahawks being happy with using Marshawn Lynch to trudge down the field and really use the clock, which will keep the total points in the game low.  I see the Seahawks scoring maybe 24 points in this game for the win.

Check back in the next couple days for my Super Bowl prop bets article as well.