The Stanley Cup Finals begins tomorrow in Los Angeles with the Rangers facing the Kings in game 1.  I’m personally surprised that the Rangers have qualified for the Finals, but when you look at it closer they really could have been eliminated in any round.  The Kings have also had to take a long road to the finals, winning 3 game 7’s so far and 7 elimination games, but in my opinion the Kings always had the team to go the distance because they truly are an elite team when they play to their abilities.

Here’s an interesting fact: The Kings have played 21 games already, while the Rangers have played 20.  The record for most games played to win the Stanley Cup is 25, with both the Hurricanes in 2006 and the Bruins in 2011 needing 25 games to win the trophy.  That means the Kings will set the record for most games to win the Cup if they win in 5 or more games and the Rangers will set the record if they win it in 6 or more games.  There is a very good chance of a record being set.

Let’s get to the betting odds now.  Here are the odds to win the Stanley Cup Finals series from the top rated betting sites on the internet.

The Kings are the favourites as expected.  The Kings knocked off the Sharks, Ducks and Blackhawks in the Western Conference.  These are the three teams who many pegged as having the best chance at advancing to the Finals and none of them were able to finish off the Kings.  It’s also interesting that this will be the first series where the Kings will have home ice advantage in these playoffs. 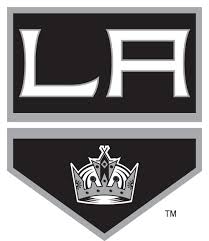 I like the Kings to win the Cup.  It just seems like they are destined to go the distance this year.  If they can win the Cup this year the term dynasty will begin to show up seeing as they won just two years earlier and lost to the eventual champs in the Conference Finals last year.  The Kings know how to win and when they are clicking they are nearly unbeatable.  The Kings play their best with their backs against the wall as their 7-0 record in elimination games this year shows.  I also just think they have a much better lineup than the Rangers from top to bottom. For New York to win Lundqvist has to absolutely stand on his head and the Rangers will need to spread their scoring around because they cannot rely on Nash, Richards, St. Louis and Stepan to score enough goals to beat the Kings this year. Just looking at the top scorers for the playoffs you see the names Anze Kopitar, Jeff Carter, Marian Gaborik and Justin Williams as 4 of the top 5.  Then add in Drew Doughty from the point, all around players such as Dustin Brown and Mike Richards and young guns playing well like Toffoli and Pearson and it starts to become evident that the Kings have far more weapons at their disposal than the Rangers. When I look at this series I see many ways for the Kings to win it and only a few ways the Rangers can.