This afternoon the Toronto Raptors hope to end their 2 game slide as they host the Memphis Grizzlies. 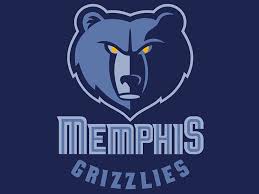 Today is the first meeting of the season between Memphis and Toronto. Last season the Grizzlies and Raptors split their pair of meetings. After today the 2 teams play 1 more time this season: April 1st at Memphis..

The Grizzlies are without injured Marc Gasol and I think that’s going to hurt them against a very good Raptors club that should be a little disappointed after dropping 2 in a row.