The Calgary Stampeders and Ottawa Redblacks will meet in the Grey Cup Finals this coming Sunday at BMO Field in Toronto.

Both Calgary and Ottawa won their respective divisions, but the way in which they did so was very different.  The Stampeders were without a doubt the top team in the CFL this season, posting a 15-2-1 record and flirting with CFL records, while the Redblacks finished the season with an 8-9-1 record, becoming the first team in CFL history to win a division with a below .500 record.

I took the Stampeders to cover the spread in the West Division Finals, but did not expect the Redblacks to pull out a win in the East, resulting in a 1-1 record for my spread betting picks last week.  That brings my record to 40-33-1 for my CFL picks on the season. 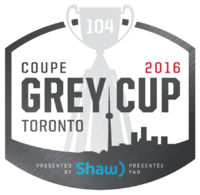 Nine points is a very big spread for a Grey Cup game, but the Stampeders definitely deserve to be seen as massive favourites in this spot.  They were only 7 point favourites last week at home against the BC Lions and they took command of that game early and ended up winning by a dominant score of 42-15.  The Stampeders lost their final game of the regular season in week 19 on the road to Montreal, likely looking ahead to the playoffs knowing the division lead was insurmountable.  If you take out that meaningless game the Stamps have won 15 games in a row dating back to week 4 of the CFL season (they started the season 1-1-1).  The Stamps are close to a perfect CFL team and they seem unbeatable when playing their best football.

The Redblacks dug deep last week to beat the Eskies, but they were surely helped by the cold and snowy weather that didn’t allow the defensive line of the Eskimos to push off and penetrate the Redblacks O-line.  The current forecast for Toronto on Sunday is sunny and 7 degrees.  This is not weather that will add an extra variable to the game.

Henry Burris does have the ability to put up big numbers and he will have to have the game of a lifetime if the Redblacks hope to keep pace with the Stampeders in this game.  I personally just don’t see it happening.

Calgary put up 48 points against the Redblacks in week 13 and with this team dialed in I’m expecting a similar output this Sunday.  The spread is significant, but I do expect the Stamps to score early and often and win this game by at least two touchdowns.  It will never be in doubt.

The over/under for this game is 54.5.  Based on my expectation of the Stamps scoring 40+ points in this game, I also expect the game to go over 54.5 points.  The Redblacks offense is definitely better than their defense and they will at least get the ball into the Stamps endzone a couple times on Sunday, but it won’t be nearly enough.  I’m expecting a scoreline of around 42-21, which should easily hit the over.

To learn more about betting on this big game check out our  Grey Cup betting guide for 2016, which gives you 3 steps to place your Grey Cup wagers this year.