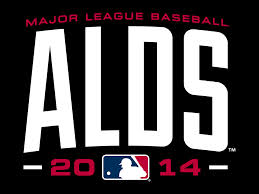 Now that the Blue Jays’ season is over I’m going to predict some of the baseball playoffs. My first baseball playoffs prediction on this site will be tonight’s game 1 of the American League Division Series between the wild-card game winning Kansas City Royals at the AL West division champion Los Angeles Angels. 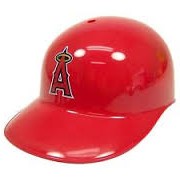 The Kansas City Royals made it to the ALDS via their wild card game 12-inning win 9-8 at home versus the A’s on Tuesday night. The Royals trailed 6-2 going in to the bottom of the 8th and that’s when their rally began. The team scored 3 runs in the bottom of the 8th to pull within 1 run. Then in the bottom of the 9th right fielder Norichika Aoki hit a sacrifice fly to drive in pinch runner Jarrod Dyson for the tying run. All seemed lost when the team gave up a run in the top half of the 12th but in the bottom half of the inning 1st baseman Eric Hosmer hit a game-tying home run and then a Salvador Perez single drove in pinch hitter Christian Colon for the winning run. Reliever Jason Frason picked up the win. It was an exciting finish for a team that hasn’t been in the postseason since 1985. Their starting pitcher tonight is left Jason Vargas. During the regular season Vargas had a 11-10 record with a 3.71 era and 128 strikeouts in 187 innings pitched. He had an 0-3 record in his last 4 starts. The Los Angeles Angels won the AL West division by a whopping 10 games over the A’s. They finished with the best record in the majors. Luckily for them the division title was already wrapped up as they lost their last 3 regular season games. The Angels only managed to score a total of 5 runs in those 3 losses. The team is led on offense by center fielder Mike Trout. During the regular season Trout led the team in home runs (36), rbi’s (111), on-base % (.377), slugging % (.561), and runs (115). The pitching staff was led in wins by right-handed Jered Weaver. Weaver finished with an 18-9 record with a 3.59 era and 169 strikeouts in 213.1 innings pitched. In his last start, at Seattle on September 26th, he had his 3 game winning streak snapped as he was saddled with the loss while pitching 6 innings while giving up 4 earned runs on 9 hits.

The Royals and Angels each had 3 wins in their 6 meetings this season.

Prediction: As emotional and uplifting as the Royals wild card win was they may come back to earth a bit in game 1 of this series. The Angels offense is high powered as they scored the most runs in the majors this season. 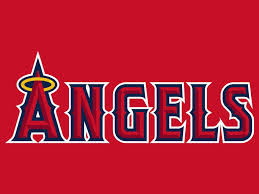